A very Happy Yugadi / Ugadi / Gudi Padwa to all my dear Readers, friends and family.  Hope the New year brings you all the best in life. 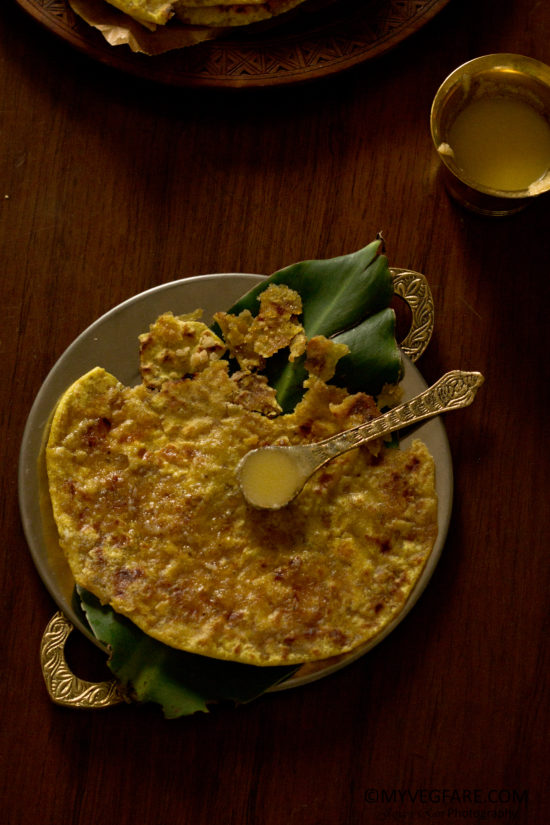 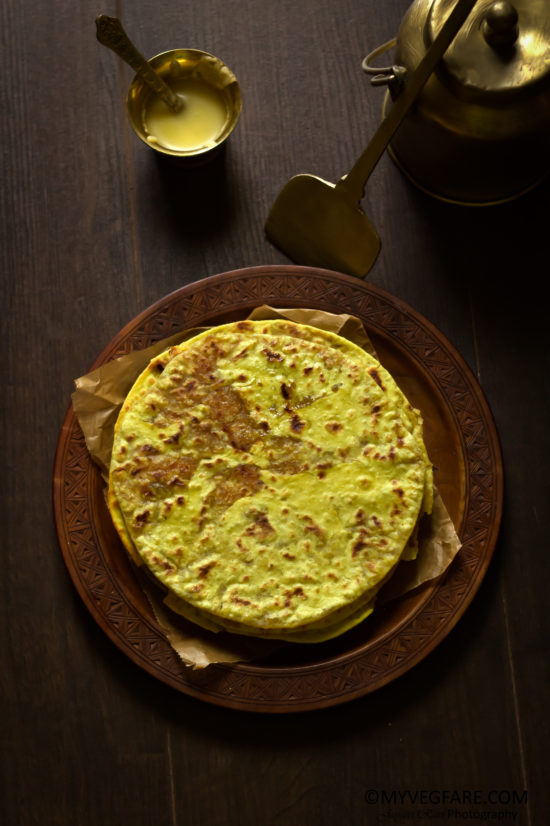 The Name Yugadi or Ugadi is derived from the Sanskrit word Yuga means Age, Adi means Beginning.  According to the Lunar calendar of Hindus, the New year begins or falls on the Chaitra Shudhdha Paadya or the first day of the first Indian month Chaitra.  This generally falls in the month end of March or beginning of April according to the Hindu calendar.  People of Karnataka, Andhra Pradesh and Maharashtrians celebrate this festival.
In Karnataka, traditionally we prepare Obattu / Holige which is usually prepared with Daal, either Channa or Tuvar and is also made with coconut.  We also make Holige saaru using some of the filling / Hoorna and tastes awesome.   I just for a change made it with Poha / Avalakki as I had some Red Poha left over and as it was too little I used it to make this sweet.  It didn’t make much difference and tasted very well and my family loved it! 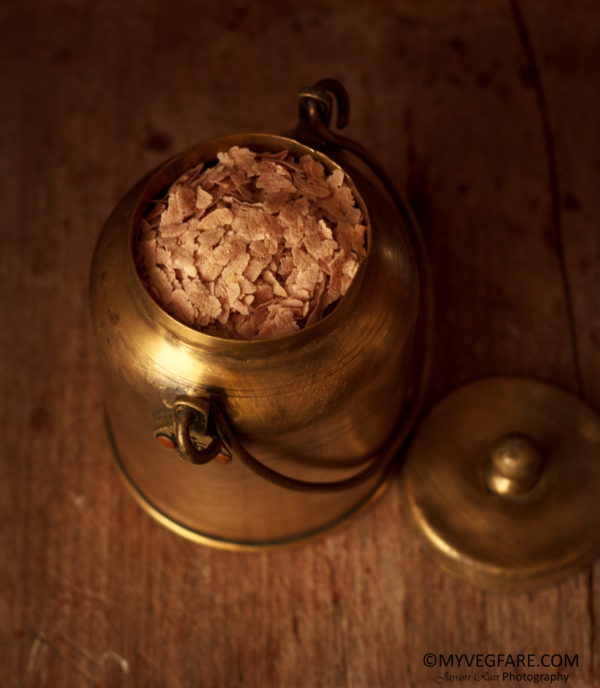 Obattu brings back memories and it’s so nostalgic when I think about it.  Every festival especially these big festivals like Sankranthi, Ugadi, Deepavali my Mum was very particular that we should wear new dresses.  My sister stitches very well, a poor girl every festival she had to stitch 3 (dresses) she used to start stitching a fortnight back but wouldn’t finish until the day! she would sometimes sit and stitch all through the night! For us to wear on the festival day! when I think about it now I feel so sorry for her. 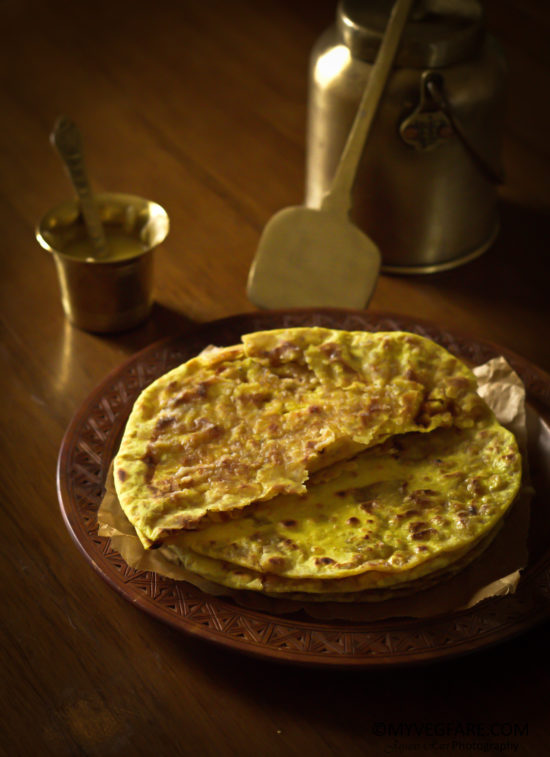 We had to get up very early in the morning, I used to draw Kolam (Rangoli), a free hand drawing in front of the house, It was my duty! And help amma in cooking! My youngest sister was the tomboy she used to take her honda and do all the shopping with my dad! It was such fun, first thing amma would do is make the Kanaka (outer covering for the Poli ) as it needs time to soak.  A good 3 to 4 hrs soaking helps in the dough to soften up and stretch very well. So, end of the story, if you are planning to make Poli soak the dough early in the morning and after you finish all other dishes make obattu in the end!
Let’s see how to make this sogasu obattu or Avalakki obattu…, 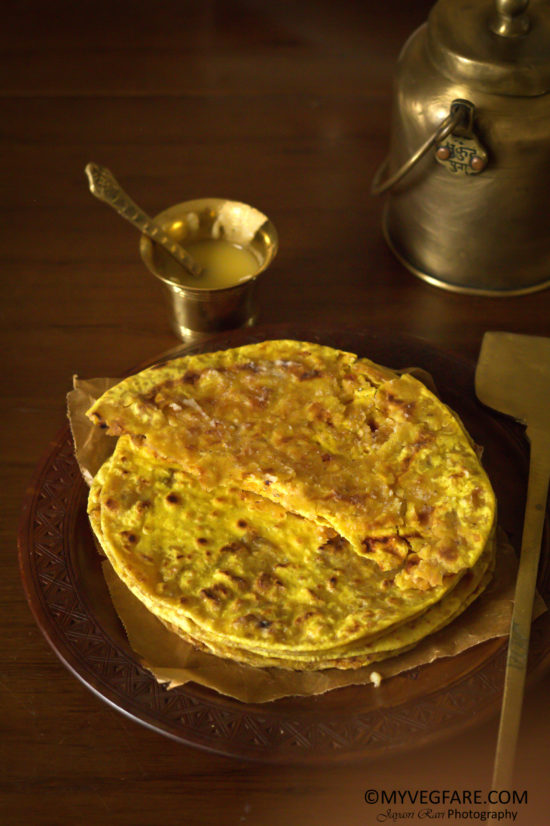 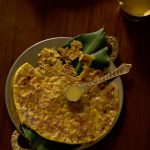 Obattu / Holige / Puran Poli with Avalakki (Poha) - Ugadi Recipe - A Traditional Sweet Flat Bread From South India)
Obattu / Holige / Puran poli is a sweet flat bread made during festivals, in south of India. It’s a very traditional Indian sweet. This flat bread is made by making a sweet filling stuffed, which is covered by dough and flattened like a paratha and cooked on a tawa.
Ingredients
For Covering
For Stuffing / Filling (Hoorna / Poorna)
Servings:
Instructions
Recipe Notes

**I use another method to make poli covering, to use less oil my mom makes the dough,  oil it lightly just on around the dough and leaves it in the fridge until needed then take it out and kneads it’s very well like kneading bread and makes it so elastic.

Make sure this account has posts available on instagram.com.