Hi friends, Hope you all had a wonderful diwali, I too had a lovely time, My friends had come here, Both of them celebrated their first Diwali, that was the highlight of this Diwali, two newly married couples, We did lot of cooking (but no Photos), lit lot of crackers!!, The best thing was it was in the weekend and Of course the weather, was so good, So, we could enjoy it much more!!.
Coming back to blogging As I had some mistake in posting my crunchies with an old date even though I did the baking 2 weeks back!!, I was not able to participate in Aparna of My diverse Kitchen who is hosting High tea treats which was started by Meetu’s Monthly Mingle
I was so disappointed but aparna wrote to me to do an other one ASAP, actually I did them 3 days back!!, but never had time to post them, as I had too many guests at home, and it was diwali, hoping that aparna & meetu will accept my entries to their Monthly mingle I am posting this recipe.
This recipe was from my collection of recipes book which I had started way long back since 1982-83 I think!!, I had never thought I would ever bake, may be an Idea would have at least that some day I might bake would have helped me with more details of baking. So, here is the recipe with little bits missing. 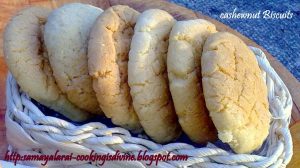 My Verdict: I had not written what temperature I should have to bake these biscuits!!, and I just decided I will bake them in Gas Mark 4 for 25 to 30 minutes and thus decided however it is I am going to eat it !!, They did cook well, but I thought I should have taken them out around 20 minutes, may be then they would have been little bit softer, it was very good to taste but little bit harder that doesn’t mean you needed a stone or hammer to break it, I thought it might have been like a cookie!! if I was sure of the Baking temperature & time, If anybody try this, could write to me about how long and what temperature I should bake them. One more thing was as I was short of Ghee I used unsalted butter.

Sometimes we never know the value of a moment unti

When you are in your own land! Your mind and emoti

I dunked myself, as if their is no tomorrow the fi

“There is no such thing as ‘away’. When we t

Happy New year to all my Lovely Insta friends! Wis

Quiche! When my children are home I start baking.

Amtekai Or Ambate or Hog plum, are part of the ge

#setdosa! I call these as A crepe with a thousand